August 2, 1971 - A meeting of the Bethel Recreation Commission was held and the organization’s name was changed to the Bethel Baseball Association. During that meeting the BBA’s first officers were elected: Ray Crowe (President), Al Leonard (Secretary) and it’s members Val Blaska, Frank Clarke, William Cavanaugh, Tom Kennedy and Gene Boulianne.

1988 the dugouts and fences were installed at Mitchell Park.

1992 - a Parks & Rec garage was demolished and the first refreshment stand was built to be an annual fundraiser for Bethel Baseball Association.

2000 - the fundraising for the lights on Leonard Field began and in 2005 the lights and new bleachers were installed. 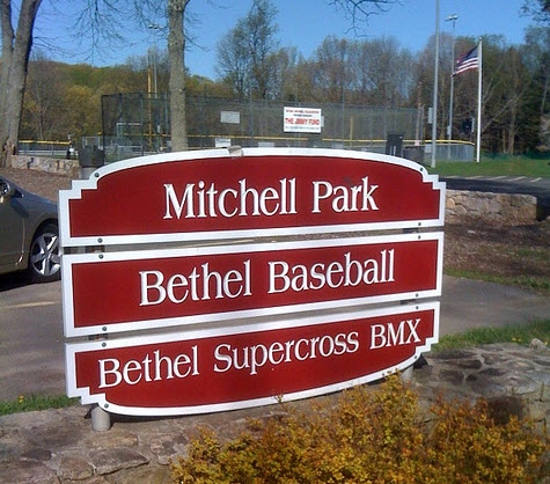